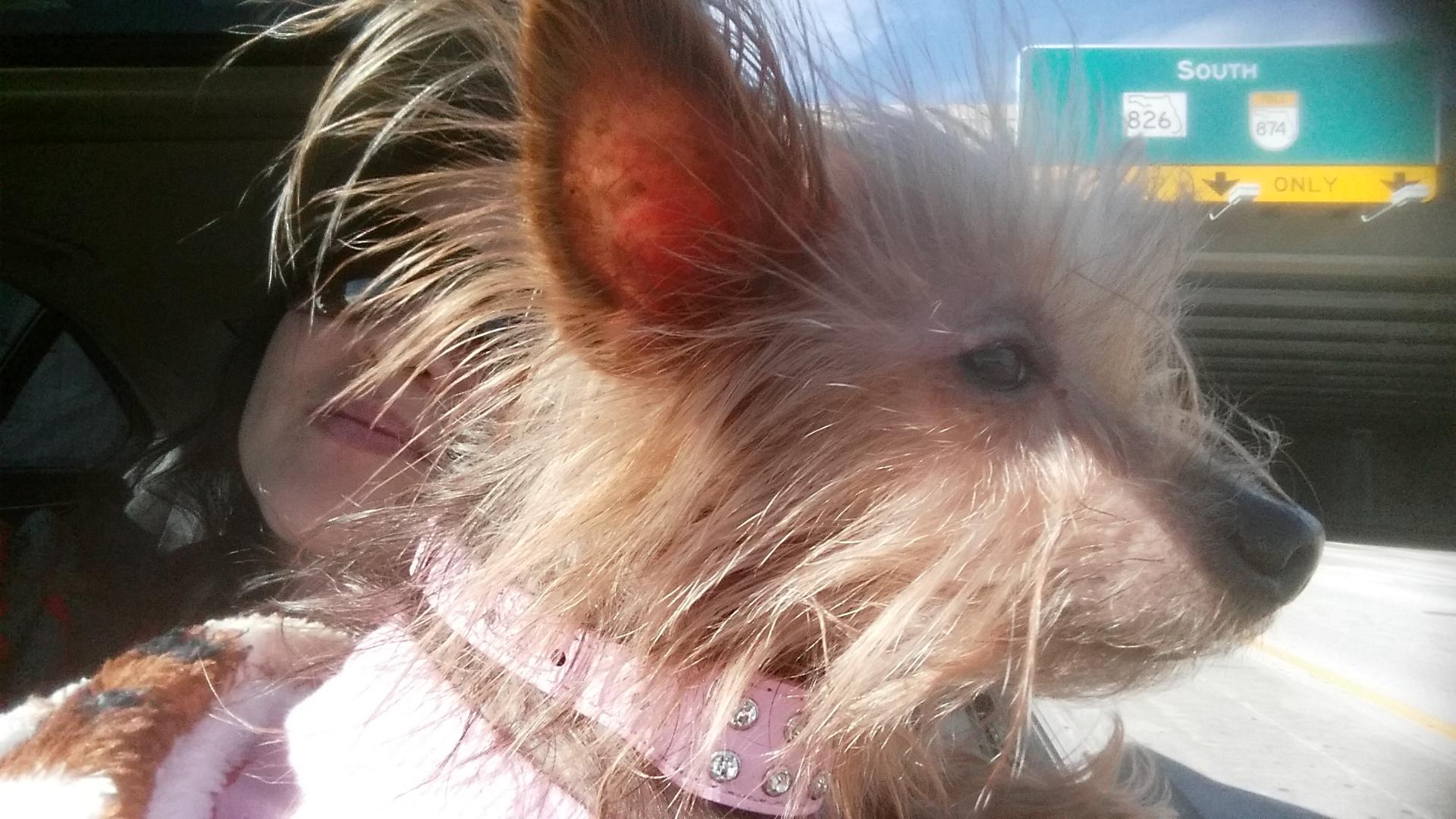 After 10 years of being lost, my dog Ginger was found in Houston Texas. She was found on a busy highway, alone, dirty, with matted hair and a big red bow. Byron, the person who found Ginger took her to his girlfriend and she took Ginger to a vet to see if she had a chip. Ginger was scanned for a microchip and the owner was located! She was lost/taken from Miami,Fl and appeared in Houston Texas over 10 years later. She made the local news which aired on 1/19/16. Her story is also on www.wsvn.com. We are happy to have found her but sad she is in poor health condition. Whomever had her did not give her medical attention. She has severe chronic oral infection, thinning hair, delicate skin, and many tumors. She will need surgery to remove the tumors.