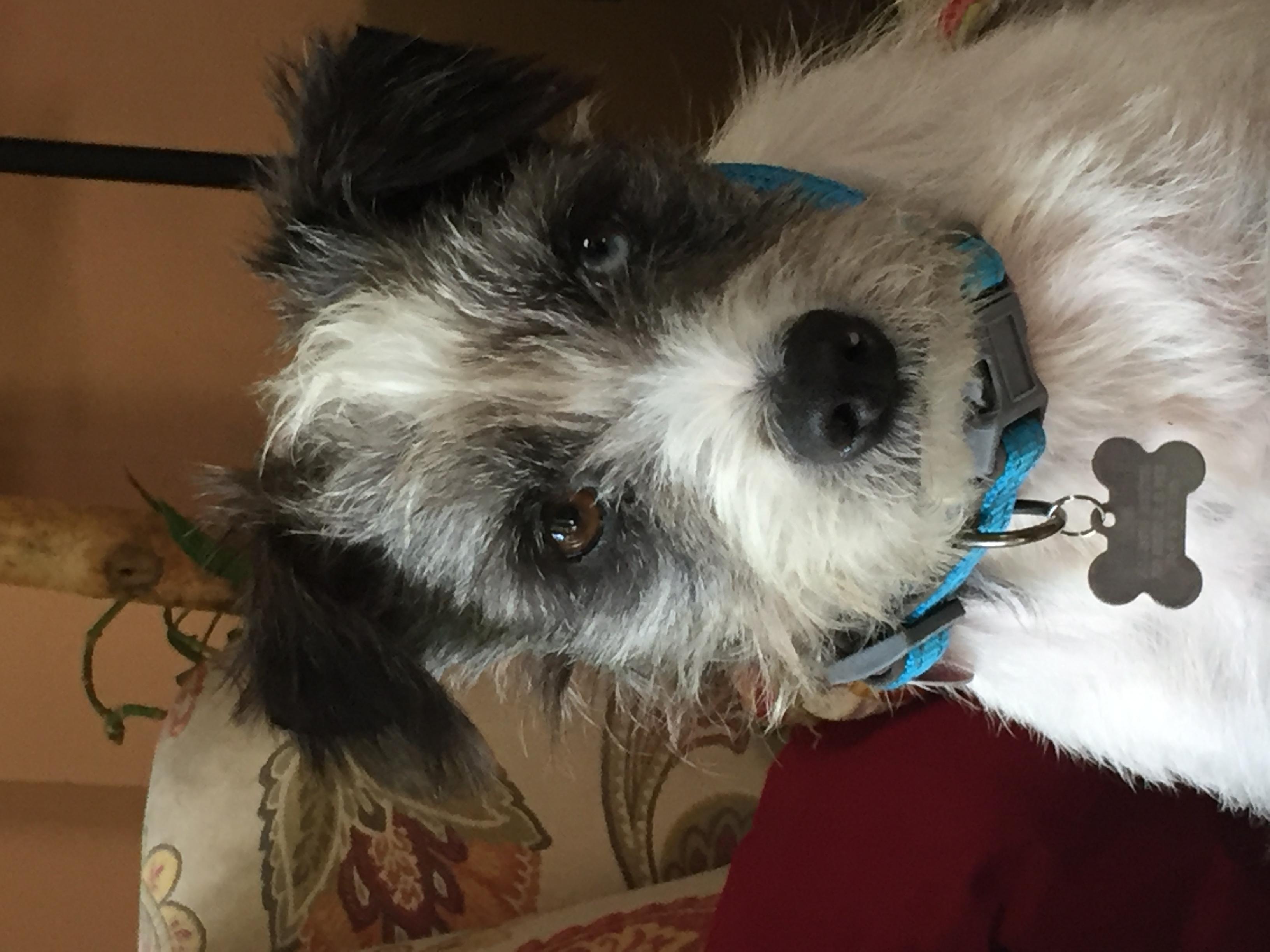 Leo is a mixed breed Terrier. We adopted him in the Fall 2009. He was a very sweet, silly dog that loved to snuggle and be groomed (shaved, brushed, whatever). He especially loved fresh cherries and would sneak them if we were not watching. In Feb. 2010, he broke his rear right leg and had to have it surgically set to heal. Then, a couple weeks later, I backed over him in our driveway. The head of his femur bone was broken (on the same leg). Despite all this, he healed nicely and was soon running around as normal. Fall 2010, he took off on an adventure with our 2 big dogs across the 200 acres we lived on. As he had just been bathed and groomed, he didn't yet have his collar back on. This day, he never returned. We looked all over for him, flyers everywhere and got the word out in as many was as we could think. We had one lead that didn't pan out. After some time, we thought he might have been injured and just couldn't make it home. Then, on Tuesday, May 10, 2016, we received a call from Kerr County Animal Services . A little dog was turned in and his microchip gave our information. SIX YEARS LATER! Our family had since moved from Texas to Michigan. Thankfully, my parents still lived in the area and immediately when to claim Leo. Leo's Mimi and Papa (Allison's Parents) took him straight to Town and Country Animal Hospital in Ingram, TX to see Dr. Scott Chapman, Leo's veterinarian from years back. Leo clearly had not had adequate care. He had to have 6 teeth pulled, treated for terrible fleas, and will received continual care for a bad skin condition most likely caused from the fleas. Despite all this, he is returning to the Leo we remember. He is a bit cautious, but his tail is again wagging. In June, our family is flying to Texas and plans to bring Leo home to MI. Thankfully he will be able to fly onboard with us instead of in cargo. Update. Leo is home with us In MI doing great.