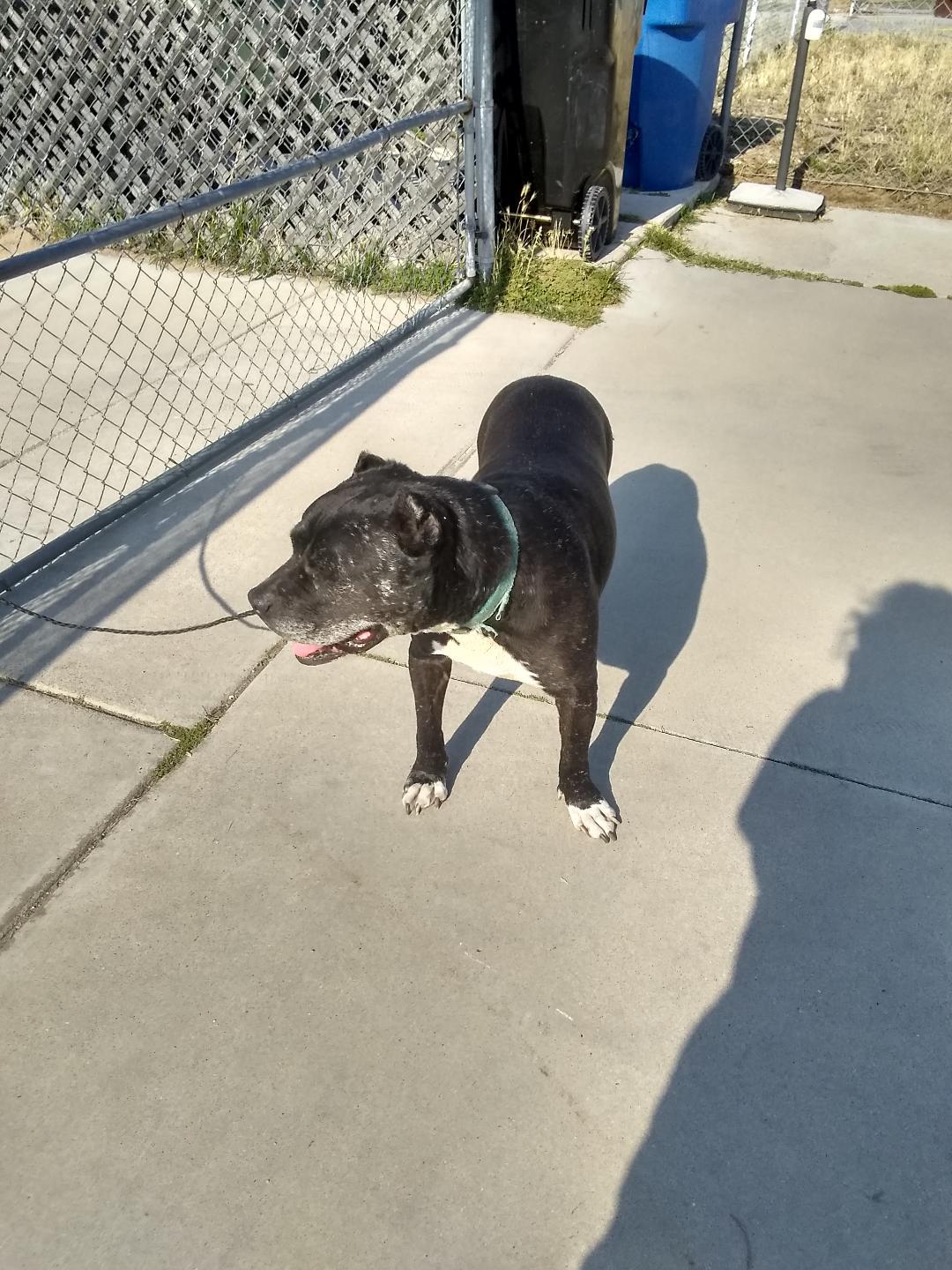 2 1/2 yrs ago, Samson dug under the fence & went to explore the neighborhood...never to be found again...until now. He loves taking walks around the neighborhood. Got tired of waiting for me to take him out again & went on his own. Flyers were posted around the neighborhood with his picture and an offer of a reward. So when I received a call from Fontana Animal Control telling me they picked up my dog, I was so surprised because I thought it might have gotten hit by a car while crossing the street. Sampson was named after the Sampson in the Bible because of all his trials & tribulations. He had previously been used as a "Bait Dog" for the fighting Pit Bulls to practice fighting on. Anyway, he's back home at last!